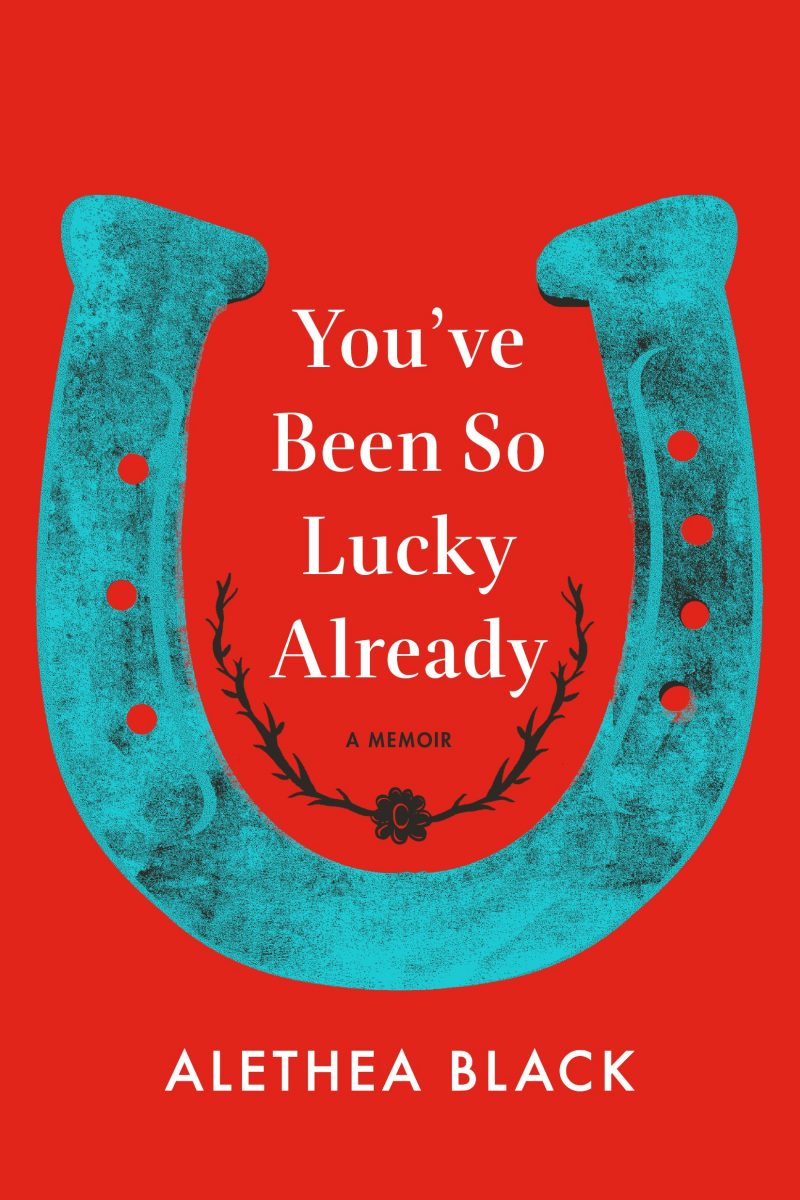 You wake up and everything has shifted. You have been throwing up and napping sporadically for 6 months. You’ve been sleeping twice as much as you used to. You’ve dropped out of classes and quit your job. You took a nap on the kitchen floor after washing precisely 5 dishes yesterday, or was it 10? You have lost 30 pounds you didn’t have to lose, which is far too much, especially for how much soda you have been drinking. But today the thing that finally scares you into thinking maybe something is really wrong is that you can’t remember your name. And you can’t open your eyes to tell anyone about this new loss.

As I read Alethea Black’s memoir, You’ve Been So Lucky Already, I was thrown off-kilter. At first, I became defensive at the jarring shifts, the swings between first and second person, the hazy facts, how tenuous every strand relating the sprawling stories feels, how it felt like important things were missing. But as I read on I became accustomed to the rhythm of her work, just as how those who deal with a new chronic illness become accustomed to the the new rhythm, however plodding and irregular, that life takes on. What I see in Black’s book is a reflection of what illness and grief do to us. They take us apart and reassemble us, and often during that process things go missing. Memories, timelines, facts, friends, and the person we used to be. In Alethea Black’s You’ve Been So Lucky Already craft reflects subject in a way that forces the reader to feel a sliver of the experience of those who are ill – the memories, the loss, the isolation.

Your memories of those months come from your friends and your husband. There are big holes where experience once was. Your timeline is utterly wrong according to medical records and calendars, but it remains the timeline of how your body unraveled. And your timeline is the only one you truly have.

The timeline in Black’s book plods along, but it is hazy, disjointed. The parts are numbered and lined up in a table of contents, but they shift abruptly as the reader navigates her story from the divorce of her parents through the death of her father and on through her illness and the many resulting losses. In between sections of her story told in first person are stories in second person that rip the reader out of the rhythm of a typical memoir and make the reader inhabit the story as “you.” At first, I wanted to edit the book to fit my understanding of memoir, but as her story unfolds those jarring moments, the jumps between you and I become just as important as the story itself. The book seems to say to the reader, Look, I’m not quite sure either, isn’t this so hard? You try it. Or as Black writes, “It feels as if I’m saying goodbye to something; I just don’t know what.” (p. 138) She seems to write to find out what it is she is saying goodbye to.

Memory is slick and ethereal in the best of times. Add loss and grief and illness and it becomes a fog-covered city at night. Black recognizes her own fumbling with memory as she tells a story early on: “On this day, you remember—because you remember now how often you remember things wrong—that the barn swallow didn’t die. You thought it was dead, but then it got up and flew away.” (p. 38) Sometimes we tell ourselves stories so many times, just to try to keep them straight, that we don’t know we are telling ourselves the wrong story. It is Black’s grappling with this notion of memory that I admire most. She isn’t afraid to tell an imperfect or misremembered story as long as it is her story.

On top of the weight loss comes the hair you lose in clumps, the dreams you’d worked hard toward, the money given to emergency rooms and doctors, the faith you had in your body, your understanding of the world. There is so little left to hold on to. The world spins, even with all these holes in it.

You’ve Been So Lucky Already begins with loss and then stacks loss on top of loss on top of loss and so it continues as illness takes over—“I lost my health, my love, my home, my bank account, all while they blithely smiled.” (p. 138) When you stack something missing on another missing thing, the tower teeters, threatens to fall. Through Black’s entire narrative there is a sense that it could all cascade. She stacks so carefully you can almost watch her build this book like a house of cards in a windless room. As her illness unfolds, her understanding of the new world she inhabits does as well, “I’m aware that there’s exquisite machinery inside me, performing all kinds of essential tasks, and it obviously needs something; I just don’t know what.” (p. 127) It’s that awareness coupled with a lack of knowledge that seems to press her forward through countless Google searches, online forums, doctor visits, and treatments even in the face of losing everything – money, home, relationships. Illness can, at once, deplete a person of all energy and give them endless energy for one thing, to find answers to the problem of their illness.

Loss requires a rearrangement of life in order to move forward. Black becomes a person who “…carr[ies] a list of symptoms in [her] purse” in an effort to reassemble her life. (p. 101) She becomes a person who is trying and failing to find a new center, her “axis of understanding starts to shift.” (p.102) The refrain through the middle of this memoir, and for many people living with illness, is: “But I don’t get better.” (p. 117)

The sections of this book stand alone, as Black herself often has to. In a sea of healthy people she walks alone: “The unsick wear their good health so cavalierly. They possess the most exquisite gift—an ermine cloak studded with magic gems—and they just drag it about, wiping their sweat with it. I used to do the same thing.” (p. 108) The book jumps from loss to loss without bridges and shows us Black standing the midst of all of it, trying to find her footing. In that way, the structure of You’ve Been So Lucky Already mimics loss, illness, and grief. Even when illness comes on slowly, with warning signs along the way, it takes the sufferer from one place to another without their permission, without giving them a map. It takes things from you without asking. For Black that is her job, her home, her money, her relationship, her sense of self. She walks alone, she walks unsteadily, she walks holding all of her grief, but she continues walking toward an answer.

You wake up one morning, and though you will never be without illness again, you hair has started to grow back, baby chick soft and feather-like around your forehead. When you look in the mirror you recognize yourself again. You know your name.

There is a two-page section near the end of the book that lists the many things that Black begins to remember as she heals. I remember, I remember, I remember, until she worries all the remembering is a premonition: “I’m worried the memories are some sort of precursor to a car accident, so I try to think about something else, something that isn’t a memory, but it’s hard, because time is slippery, and sometimes, when I’m in motion like this, it feels as if everything is a memory.” (p. 177) Memories come back, her life finds a new rhythm amongst the rubble of so much loss, she finds her place in the world, but even in that there is unsteadiness. Though Black eventually recovers her health, there is the sense that she moves forward more aware than ever that it all balances so precariously on her head like a stack of books.

MEGHAN McCLURE is author of the chapbook Portrait of a Body in Wreckages (Newfound Press, 2017) and co-author of A Single Throat Opens (Black Lawrence Press, 2017). Her work has appeared in Black Warrior Review, Tupelo Quarterly, American Literary Review, Pithead Chapel, American Poetry Journal, and elsewhere. She lives in California.