Bill Roorbach, writer, teacher, mentor, musician, playwright, poet, cross-country skier, canoer, naturalist, father, husband, funny-guy, birder, stalwart friend and non-microwave-user is, along with his collection of fiction and nonfiction books, short stories, videos, podcasts, (coming soon to a radio near you) essays, and blogs, one of my most favorite humans and writers on this planet. Below is an interview with Bill via email. (If we talked by phone, we’d never get anything done.) — Ryder Ziebarth

RZ: What’s your next project in (C)NF? Will it be memoir, a craft book, a collection of essays, and why did you choose (or think about choosing) one over the other?

BR: I’m just finishing a novel, and having a lot of fun with it, but already turning to what’s next, which will indeed be nonfiction, and is in fact already underway. I have two projects in mind, one having to do with my erstwhile music career, such as it was. The idea would be to attempt to resume in some startling way—so many current friends have no idea I play keyboards. I used to be pretty good. I used to play in bands. That’s the name of my little video series—a video essay, if you will—which you can find on my blog with David Gessner: “I Used to Play in Bands.” Is that the most plaintive title ever? The book would be one of these Cat Ballou comeback stories. But it won’t start with writing, it will start with playing again, practicing, studying, trying to regain and then surpass my old chops. Or fail. Both good subject matter, I hope. The more immediate project will be A Season of Birds. The season being spring, and involving my notebooks of thirty years twitching, as the Brits call it, paying attention to birds. Mostly at home in Maine, but all over the states and around the world as well. The storyline and chronology will be a particular spring, this last one. The occasion will be the purchase of a new homestead in serious bird habitat (and the retention of the old homestead, which stars in two previous books, Into Woods and Temple Stream. So, part memoir, part meditation, part science writing, part watercolor, and everything birds.

RZ: How do you go back and forth between fiction and nonfiction? What’s it like to go from one genre to the other? It seems daunting to me.

BR: It doesn’t seem daunting to me, not really. I guess because I’m always writing and thinking about both fiction and nonfiction (also film and stage), always have several or more projects on different parts of the fire. But it’s all the same fire. So, new projects are exciting. They become daunting, of course, once the first flurry of pages has run its course and the real work sets in. And some projects work out, while others may not. Genre regardless. Which can be discouraging, though preferably not in advance—I like my inner voices supportive! Surely, it’s like music. Being great at tuba doesn’t make you great at violin, even though there are so many principles in common. I can play keyboards and guitar, but not fiddle, not at all, though I suppose I could learn, given a few decades and different hands and different genes. For me, fiction and CNF are pretty natural. Journalism less so. Formal essays—they are daunting. But I can screw up my nerve and do them. Poetry? Daunting. But I try. You see? I don’t know the answer. I just know that after playing the piano I’ll sit down at the computer keyboard and try to play chords. There’s an adjustment to make, but not a hard one.

RZ: There are many differences and similarities in crafting CNF and fiction. What are your personal bailiwicks for each genre? In other words, when you are writing CNF, doesn’t your devil of a fiction-brain ever sit on your shoulder and try to take over the story, or influence your characters, the setting or dialogue? How do you flick that devil-brain off your shoulder?

BR: I never have the slightest question about whether what I’m writing should be fiction or nonfiction. There’s this, and there’s that. I don’t approach them the same way, not at all. In nonfiction, the characters, setting, story, are all given. The art is in arrangement. In fiction, you’re making all that up. Real life becomes a great research library, and you are there to learn, mostly about human nature, which you then dramatize, leaving it to the reader to interpret, judge, analyze. In nonfiction of all kinds, real life in all its drama is your subject, upon which you report, and often pronounce: it’s your job to interpret, judge, analyze. Memoir might at times straddle the divide, and good. Fiction is the place where I can explore our dark natures. Nonfiction is the place I explore nature itself, in all its wonder. Joni Mitchell is fun to look up on YouTube—some great old performances and interviews. There’s (I believe) a Canadian Broadcasting Company interview in which her interlocutor asks her if it’s hard to both paint and make music—don’t they come from the same well? And Joni says, No, and then, “I paint my joy, I sing my sorrow.” So, by analogy, I would say that I nonfiction my joy and fiction my sorrow.

RZ: Your writing on place and setting is so exquisite, I’d love to see another essay collection from you…might one be coming to a bookstore near me?

BR: You’ll have to wait for the bird book for now. But in stores and online right now are three nonfiction books still in print and available: my first book, Summers with Juliet, a love story in nature, and also a love story about nature, an extended essay about my now wife’s and my extended courtship. Into Woods is a collection of essays, mostly in nature, as that seems to be my thing, and almost forms a sequel to Summers Avec, as a friend called it. Temple Stream traces the course of the wild stream behind my house here in western Maine and encompasses the year of my daughter’s birth. In that one I look at the stream through all sorts of lenses: geology, biology, hydrology, philosophy, poetry, mythology, and so on, chapter by chapter as we proceed upstream and my wife is more and more pregnant. Come to think of it, I do have quite a basket of loose essays—maybe it is time to think about another collection.

Nature and place are also important in my fiction. In my second book, Big Bend, a book of short stories, you’ll find that an accurate depiction of nature was part of the game. Same with The Smallest Color, my first novel, in which a pro-skier crashes and burns on the pyre of a family secret. Nature, again, and human nature. Life Among Giants and The Remedy for Love both are framed in terms of setting and place, especially the latter, in which two unlike people are trapped together in a cabin during the storm of the century, barely survive. My most recent book, The Girl of the Lake, is stories again, and again place is crucial—the title story is one of preservation, both of history and natural history. So, my fiction and nonfiction do rhyme, to go back to your second question.

RZ: Your craft books are among my favorites. If you wrote another, what might you focus on this time around?

BR: Thank you. You’re speaking of Writing Life Stories: How to Make Memories into Memoirs, Ideas into Essays, and Life into Literature, first published in 1998, then in a revised tenth anniversary edition, soon in a 20th, in which I tried to package all I’d learned teaching nonfiction at the college and graduate level. Later there was Creative Nonfiction: The Art of Truth, a CNF anthology published by Oxford and widely used in writing programs here and abroad. In it, I tried to connect the warring disciplines under that umbrella and included a large and varied list of great short nonfiction to define and characterize each, with all kinds of subcategories that often bridged two or all three: Literary Memoir, Literary Journalism, and the Personal Essay. The truth is, every great piece of nonfiction creates its own category. It’s our job as readers and editors to keep the CNF umbrella open wide as possible, and keep our personal dragons from burning the whole thing down. 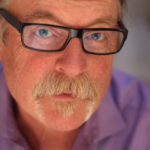 Bill Roorbach’s newest book is The Girl of the Lake, a collection of stories from Algonquin, published in June 2017, and long-listed for The Story Prize. Also from Algonquin are The Remedy for Love, a finalist for the 2015 Kirkus Prize, and the bestselling Life Among Giants, which won the Maine Literary Award for Fiction in 2012. An earlier collection, Big Bend, won the Flannery O’Connor and O. Henry prizes in 2000. His memoir in nature, Temple Stream, just released in a new paperback edition by Down East Books, won the Maine Literary Award for Nonfiction in 2005. Bill was on the graduate Faculty at Ohio State and held the William H. P. Jenks Chair at the College of the Holy Cross in Worcester, MA. Short work, both fiction and nonfiction, has appeared in Harper’s, The New York Times Magazine, The Atlantic, Ploughshares, Granta, Ecotone, New York Magazine, Playboy, and dozens more. 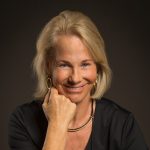 Ryder Ziebarth received an MFA in Creative Nonfiction from Vermont College of Fine Arts in 2016. She is the founder of the Cedar Ridge Writers Series of writing workshops. Her work has appeared in N Magazine, The New York Times, Brevity, Tiferet, and Assay, among other publications. Ryder works for the Nantucket Book Festival, in Nantucket, Ma., and was a former associate editor for Tiferet. She lives on Cedar Ridge Farm in rural New Jersey.