For its third annual prize issue, Proximity was looking for true stories that explore the theme of THE BODY. Our bodies hold our deepest secrets and our greatest joys. They lead us on adventures and temper our dreams; they teach us to persevere and allow us to be surprised by our own resilience; they limit and empower. Bodies can be both desecrated and exalted. They offer stories of boundless inspiration and boundless tragedy.

Proximity‘s editorial team is excited to announce the finalists for our 2018 Essay Prize. Essay Judge Hanif Abdurraqib will select winners (and a few additional finalists) whose contributions will be included in our upcoming prize issue. 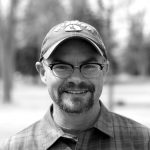 TAYO BASQUIAT is a writer, teacher, trail runner, scavenger, and Wilderness First Responder. He recently gave up tenure as a philosophy professor to pursue an MFA in creative writing at the University of Wyoming. Tayo’s work has appeared in Superstition Review, On Second Thought, Northern Plains Ethics Journal, the Cheat River Review, and in a growing portfolio as producer of Wyoming Public Media’s “Spoken Words” podcast. 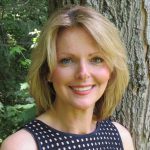 C. FLANAGAN FLYNN is a 2018 finalist for the Frank McCourt Memoir Prize and a Pushcart Nominee. Her writing has appeared in The New York Times, Memoir Magazine, and Brain Child: The Magazine for Thinking Mothers. She serves as Managing Editor for the multiple award-winning Brain Child and Brain Teen magazines. She teaches writing workshops in New England at Westport Writers’ Workshop, The Storyteller’s Cottage, and Arts Center East. She’s edited books published by Penguin Random House, New World Library, and Lone Pine Publishing, as well as countless literary magazines and online venues. 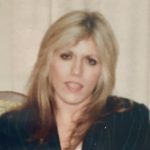 JUDE HOPKINS taught composition, news writing, and news editing at the University of Pittsburgh at Bradford and composition at various other schools in New York state and California. She published a personal essay, “School’s Over; Lesson Learned,” in the L.A. Affairs column of The Los Angeles Times in 2013, and another in skirt! Magazine in 2012, as well as poetry in California Quarterly, Grey Sparrow Journal and Timber Creek Review. 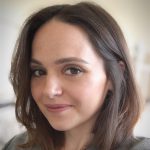 ANN MAHDAVI is a Franco-American writer based in the UK. She is a graduate from the Creative Writing MSc program at the University of Edinburgh and is currently working on a collection of short stories, whilst teaching and lecturing. 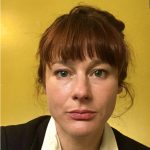 ALISON POWELL‘s first book, On the Desire to Levitate, was selected as the Hollis Summers Poetry Prize winner and published by Ohio University Press in 2014. Her lyric essays and poems have more recently appeared in, or are forthcoming in, journals such as A Public Space, American Literary Review, Black Warrior Review, Copper Nickel, Prairie Schooner, and more. Powell is now Assistant Professor of English at Oakland University and lives in Metro Detroit with her husband, her two children, and two elusive cats. 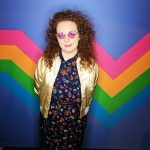 JONI RENEE is an artist from rural Oregon. Her work has been shared on such diverse stages as The Moth in Portland, the Segerstrom Center for the Performing Arts in Costa Mesa, California, and the MacLaren Youth Correctional Facility in Woodburn in partnership with the Morpheus Youth Project. Her writing explores themes of nature, family, and the queer body, and has appeared or is forthcoming in Eclectica, Pivot, Smeuse, Superstition Review, xoJane, and The Write Launch. Her poetry chapbook, Your Full Real Name, was published in 2017. 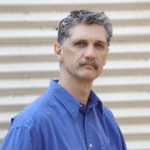 ROBERT WALLACE has published over fifty personal essays, many of them in the Raleigh News & Observer. He has two essays forthcoming in Cagibi. He is also the author of over 35 fiction stories in journals such as The North Carolina Literary Review, The Bryant Literary Review, The Long Story, The International Journal of Comparative Literature and Translation Studies, and others. He is the author of the novel A Hold on Time. He has critiqued fiction and nonfiction manuscripts for the NC Writers’ Network since 2000. Wallace has received a Writer’s Fellowship from the NC Arts Council. 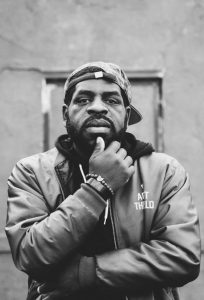 Essay prize judge, HANIF ABDURRAQIB is a poet, essayist, and cultural critic from Columbus, Ohio. His writing has been published in The The New Yorker, The New York Times, and PEN American, among other journals. His first collection of essays, They Can’t Kill Us Until They Kill Us, was released in winter 2017 by Two Dollar Radio and was named a book of the year by Buzzfeed, Esquire, NPR, Oprah Magazine, Paste, CBC, The Los Angeles Review, Pitchfork, and The Chicago Tribune, among others. He is also the author of The Crown Ain’t Worth Much, his first full-length collection of poetry, named a finalist for the Eric Hoffer Book Prize and nominated for a Hurston-Wright Legacy Award. He is a Callaloo Creative Writing Fellow, an interviewer at Union Station Magazine, and a poetry editor at Muzzle Magazine. He is a member of the poetry collective Echo Hotel with poet/essayist Eve Ewing. His next books are Go Ahead In The Rain, a biography of A Tribe Called Quest, due out in 2019 by University of Texas Press, and They Don’t Dance No’ Mo’, due out in 2020 by Random House.