When my grandmother, the poet Ruth Stone, passed away in 2011, she left her physical and literary estate in trust to be put towards the “furthering of poetry and the arts.” I was one of those trustees in charge of saving her crumbling house from the brink of total dilapidation and organizing her vast, jumbled literary stockpiles within.

Ruth’s house was a legend. Her property in Goshen, Vermont, is on a dirt road with a luminous brook running through it. It has one “main” house, one “little” house (a one-room farmhouse across the road), and hidden up in the woods, a three-tiered chapel-cabin of sorts, built in the 70’s. The property has that special commune vibe, so unique to Vermont.

It was the 1950s when Ruth purchased the house (with money she received from a writing grant), and she created a poetry sanctuary for herself, her three girls, and all the students and colleagues who needed a dose of raw creative energy. For poets, who often are unsure of where and when the next gig might or might not be, a home-base is imperative. Ruth traveled the country throughout her career to teach and read poetry, always returning to Goshen. For decades the house flourished as an unofficial writer’s retreat. In her later years, Ruth was unable to stay there alone, and the house sat waiting until after her death. Nature takes over when humans aren’t weeding and plodding around it. The plaster falls. The electricity gets chewed by mice. The basement floods. The books mold. The forest interceeds. And while nature wanted to reuse her property, we stepped in to return it to its most vibrant past.

The pictures included here focus on the main house of Ruth Stone’s property. In 2016, we began restoring a house that many carpenters suggested “Tear it down. It’d be cheaper.” We’re started by tackling as many of the pressing issues facing the house as we could afford. We wanted to reuse as much of the old wood and fixtures as we could. While shoring up the house, we are also meticulously keeping stock of how my grandmother had it before, hoping to recreate her workspace. 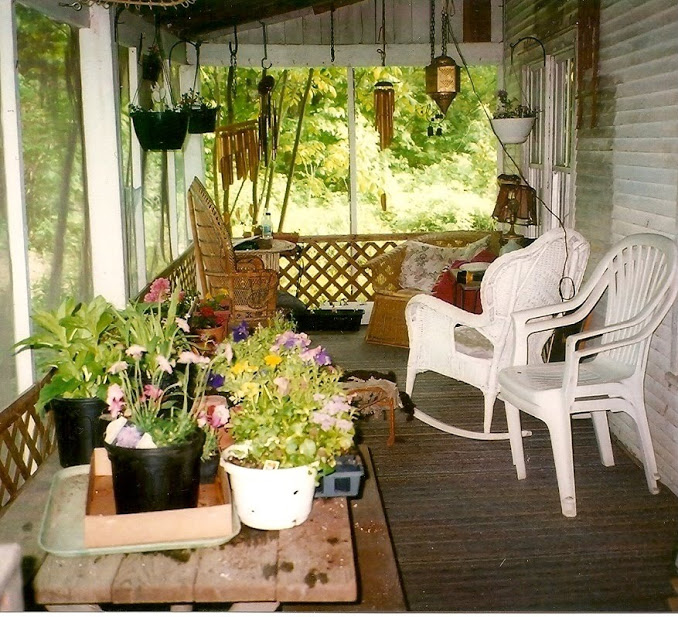 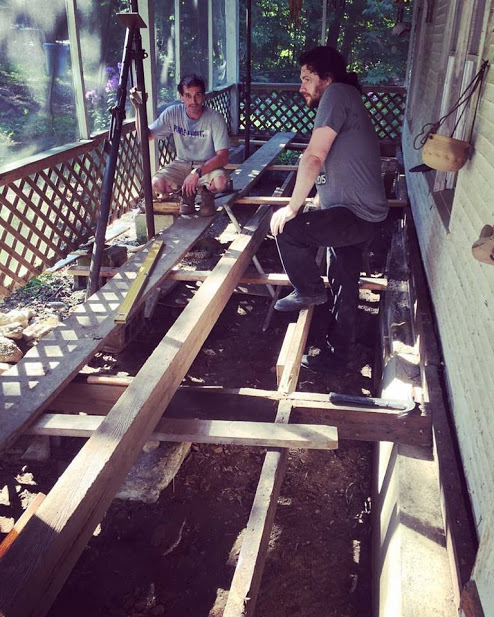 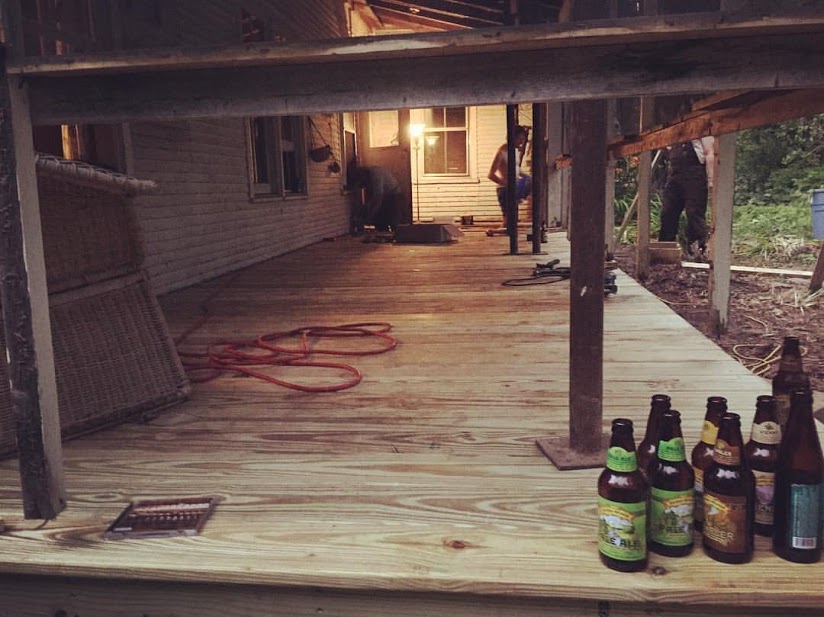 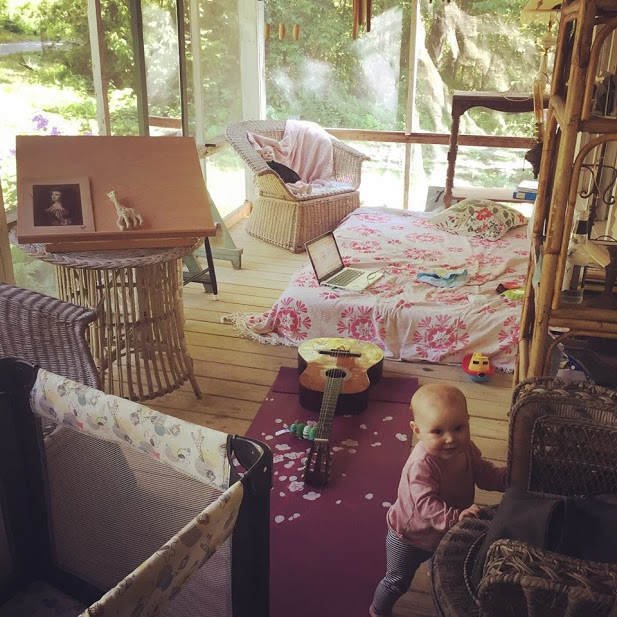 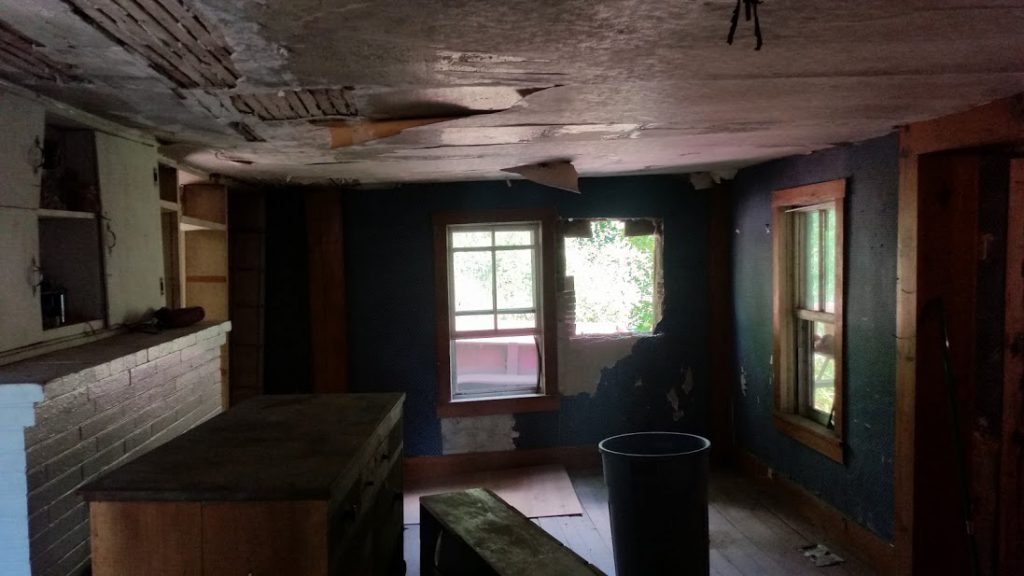 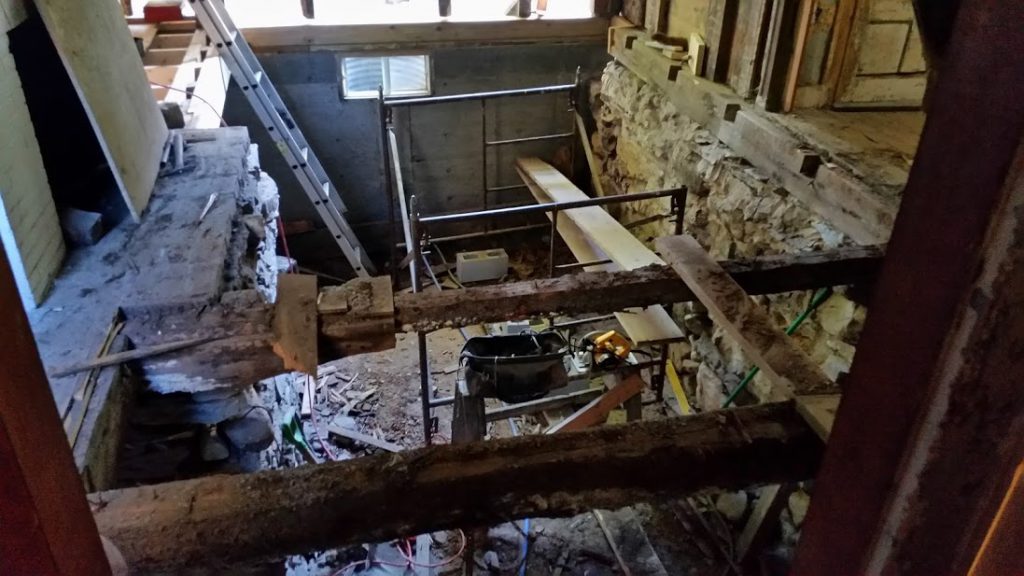 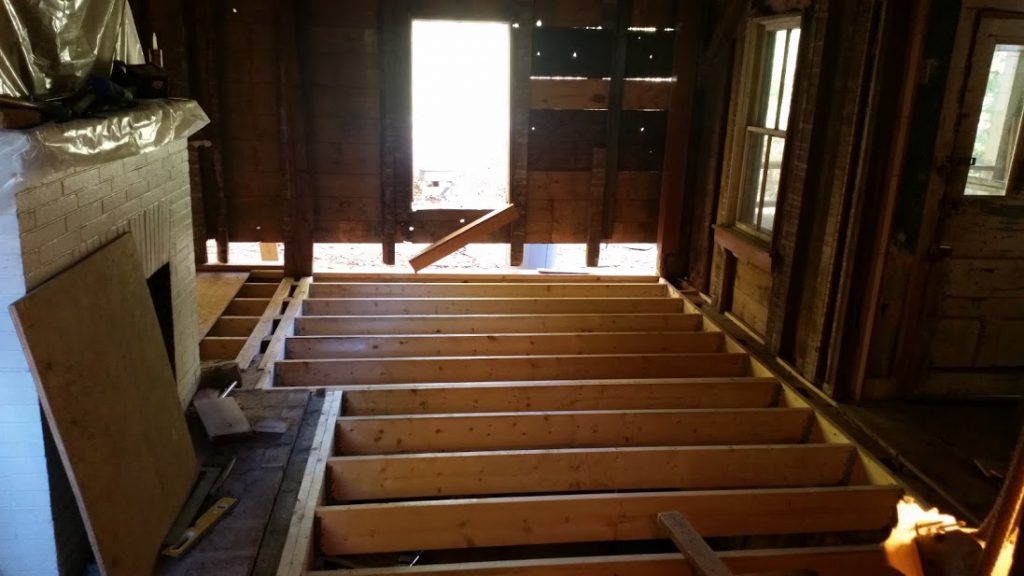 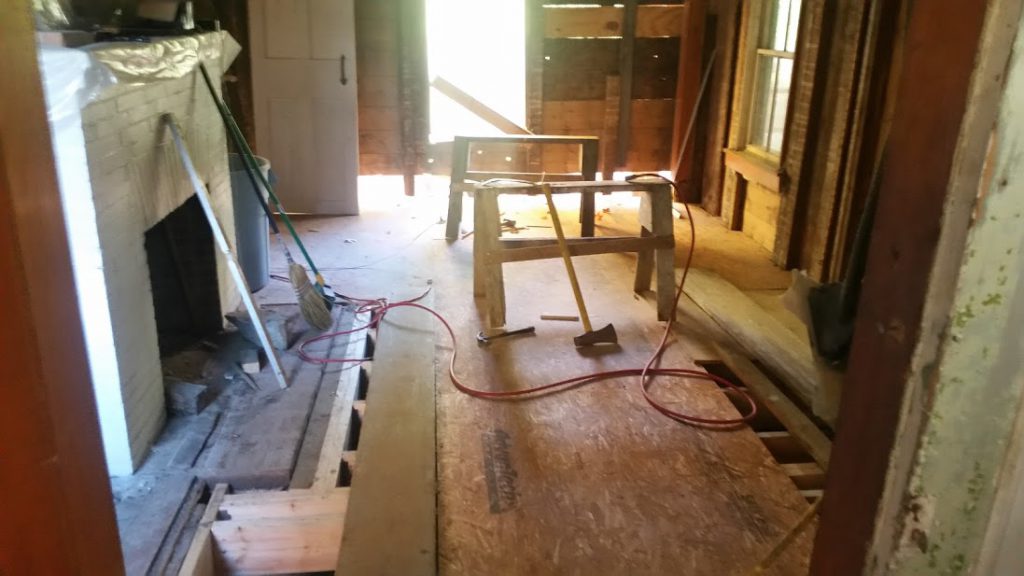 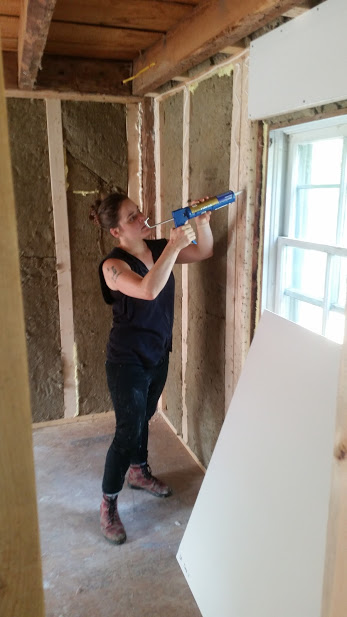 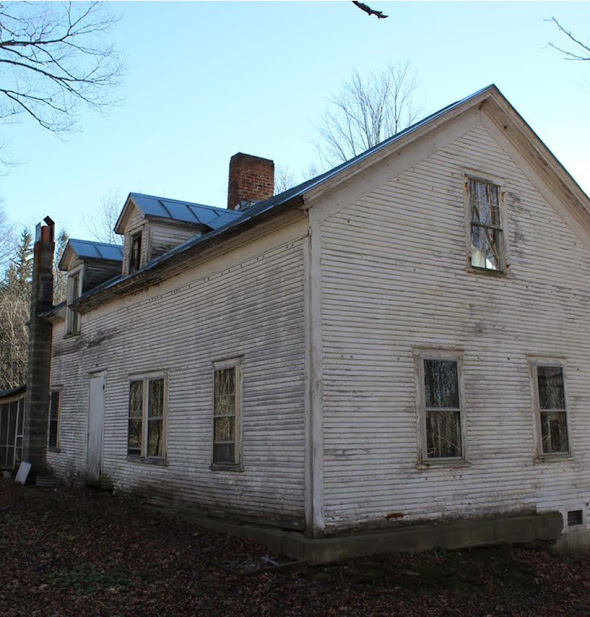 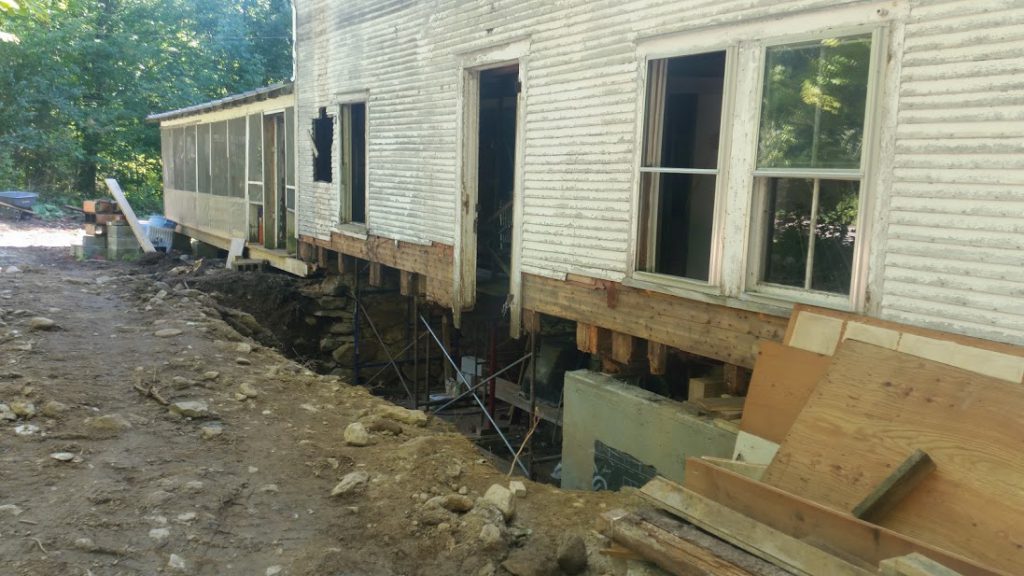 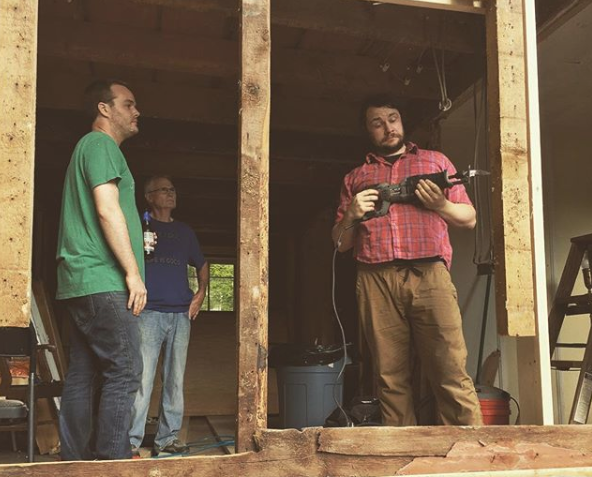 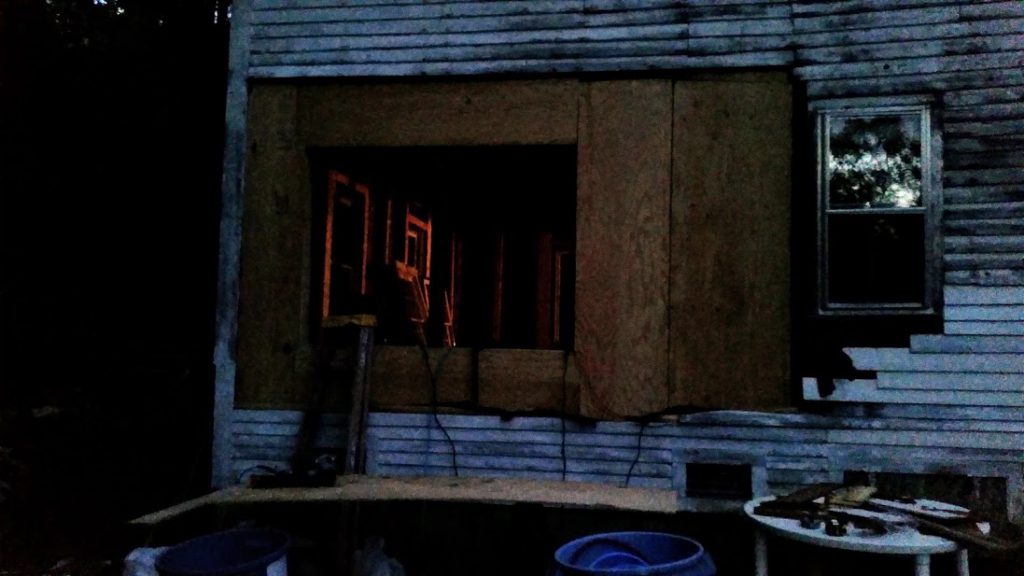 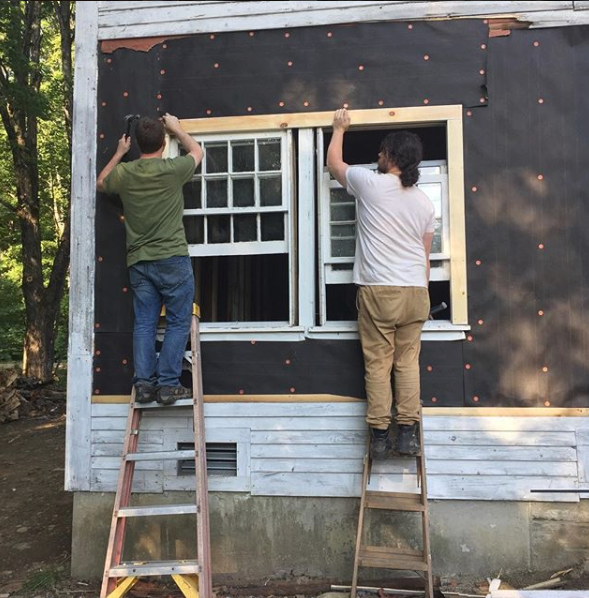 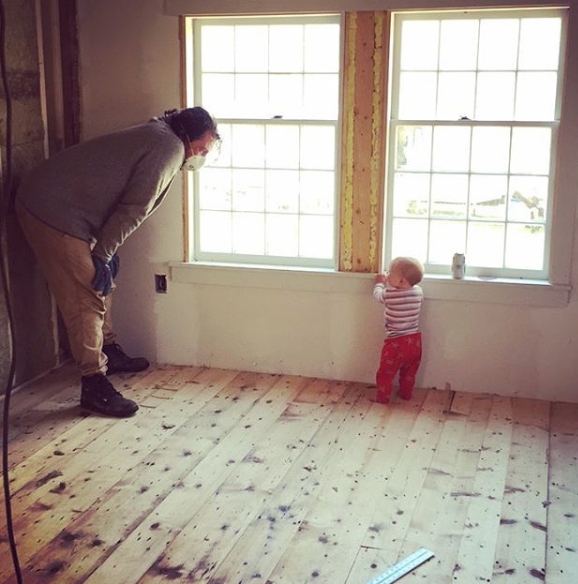 In 2017, the Ruth Stone House was awarded National Historic Literary Landmark status and received a special Historic Roadside Marker to commemorate it. The Ruth Stone Foundation was created because this house will remain a interactive memorial to the poetry and poet that lived there. And because we want thinkers, creators, and people who care about the world to come here and make great things happen. How many poets’ spaces were left to crumble when they could have been reused? We want to use the same flowers, the same mountains, the same creaky screened-in porch and Vandercook to kindle vision in our visitors. What we are doing at the Ruth Stone Foundation is focusing first on saving the houses on her property, which are in dire need of repair, and then making a writer’s retreat and artist space. At this retreat people will come to focus on their craft, but we will also provide in-depth classes on writing, printmaking, visual art and more, as well as host events open to the public. Our vision is an alternative to the institution, a place that focuses on creating new, amazing things. We are a small enterprise, but our vision is large: we want to change the world with poetry.

If you haven’t seen Proximity’s latest issue, themed REUSE, begin with the Editor’s Letter, by Santi Elijah Holley and Erica Trabold, and work your way through a complex collection of true stories. And, if you would like to learn more about the Ruth Stone Foundation or help restore Ruth’s home, visit ruthstonefoundation.org for more information. 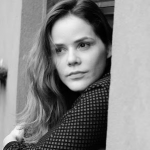 BIANCA STONE is a poet and visual artist. Her books include Someone Else’s Wedding Vows (Tin House 2014), Poetry Comics From the Book of Hours (Pleiades 2016), and most recently, The Mobius Strip Club of Grief (Tin House 2018). She is creative director at the Ruth Stone Foundation in Goshen, Vermont. (@BiancaStone) 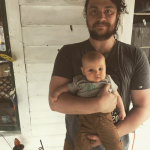 BEN PEASE—photographer for this essay—is the author of the chapbook Wichman Cometh (Monk Books 2011) and Wichman Cometh (Big Lucks Books 2017). He is president of the Ruth Stone Foundation and lives in Goshen, VT.