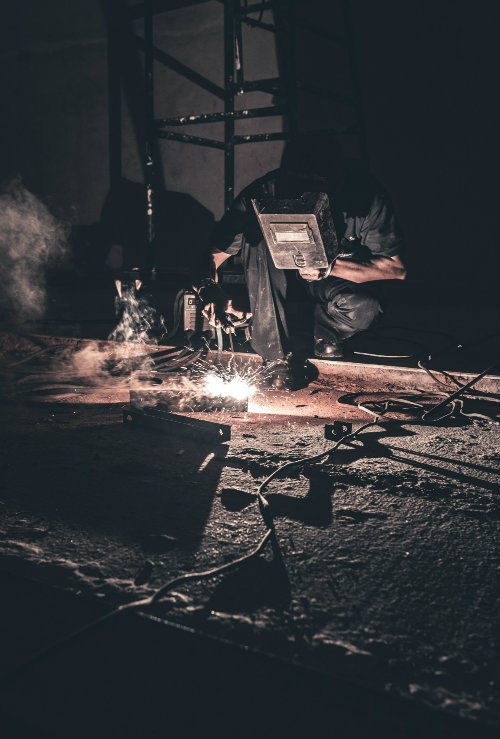 For its second annual prize issue, Proximity was looking for true stories that explore the theme of WORK. Work defines our lives and our livelihoods. Work is labor. Work is art. Work is paid or unpaid, public or private or under the table. Work is at the heart of healthy relationships. Work puts food on the table. Work takes us out of our comfort zones. Work is political.

HANNAH CRAIG is the author of This History That Just Happened (Parlor Press, 2017) which was the winner of the New Measure Poetry Prize. Her poetry and fiction have appeared in journals including Fence, Mississippi Review, the North American Review, Prairie Schooner, and Smartish Pace. She lives in Pittsburgh, PA.

KRISTINE JEPSEN is a writer and farm business owner in Northeast Iowa. For 10 years she built and ran a grass-fed beef company with her husband, selling the brand by luck and leverage to the largest meat corporation on Earth. Her memoir in progress tells the story of this bloody business and the growing up required to survive it, a project that earned her a spot in the 2017 AWP Writer-to-Writer mentorship program. Her writing also appears in the Driftless Region’s Inspire(d) Magazine and in the grant applications she assembles on behalf of other ag businesses and non-profits.

E.C. KELLY is a writer, teacher, and performer living in Austin, TX. She has an M.A. in Liberal Arts, which is a fancy way of saying she’s studied teaching, acting, and creative writing a lot. What motivates her writing is the queer kid born to an unaccepting family. She wants to reach that kid.

KIM K. McCREA attended the Robert D. Clark Honors College and received her BA in English from the University of Oregon. Kim worked as a Systems Analyst in IT for over 20 years before returning to literature and letters. Kim recently won the Silver Creek Writers Residency/Treefort Wild West Prize for Creative Nonfiction and was twice named a finalist for the Oregon Quarterly Annual Essay Contest. Kim lives in Eugene, Oregon.

GABRIELLE MONTESANTI is currently a nonfiction MFA student at Washington University in St. Louis. She recieved her BA from Kalamazoo College in mathematics and studio art, and spent terms in New York City working for visual artists and in Rome writing her senior thesis. She is a competitive swimmer turned roller girl and is currently at work on her first book-length manuscript about roller derby.

RACHEL PARSONS is a Brooklyn-based educator and writer. After teaching math for almost a decade in the New York City public school system, she decided to do something completely different and earn her MFA in creative nonfiction from Sarah Lawrence College. She served as editor-in-chief of the LUMINA journal and is currently an editorial fellow with Guernica magazine. Her work has appeared in or will appear in Bleu Magazine, Z Magazine, Schools: Studies in Education, and the upcoming anthology Nasty Women and Bad Hombres: Historical Reflections on the 2016 Presidential Election. She is a voracious reader and sees writing as an important tool for social change.

NICOLA WALDRON‘s essays and poems have been featured or are forthcoming in Assay, Post Road, Agni, Your Impossible Voice, The Common, California Quarterly, and Sonora Review, among others. Her essay on the postpartum body, “My Thick Waist”, was a Best American Essays‘ Notable Essay in 2015, and her poetry manuscript, Girl at the Watershed, was winner in the South Carolina Poetry Initiative chapbook competition, and published in 2013. Recipient of Jasper Project’s 2014 Broad River Prize for Prose and Britain’s Bridport Prize for poetry, Waldron holds degrees from Cambridge University and the Bennington Writing Seminars, and currently teaches writing at the University of South Carolina. 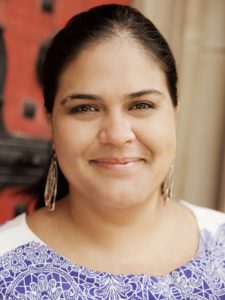 Essay Prize Judge Adriana E. Ramírez is the author of  Dead Boys, a nonfiction novella, and winner of the 2015 PEN/Fusion Emerging Writer’s Prize. A Mexican-Columbian nonfiction writer and poet based in Pittsburgh, Pennsylvania, Ramírez is “Critic At Large” for the Los Angeles Times’ Book Section, co-founder of Aster(ix) Journal, co-founder the Pittsburgh Poetry Collective, and a VONA alum. Her writing has also appeared in the Los Angeles Review of Books, Literary Hub, Guernica/ PEN America, Convolution, HEArt, Apogee, and Nerve.com. She has two collections of poetry, The Swallows and Trusting in Imaginary Spaces, and was the nonfiction editor of DISMANTLE, an anthology of writing from the VONA workshops. Ramírez is currently at work on The Violence (forthcoming, Fall 2017), a book about her death fantasies, the War on Drugs, and the way we tell stories around violence.