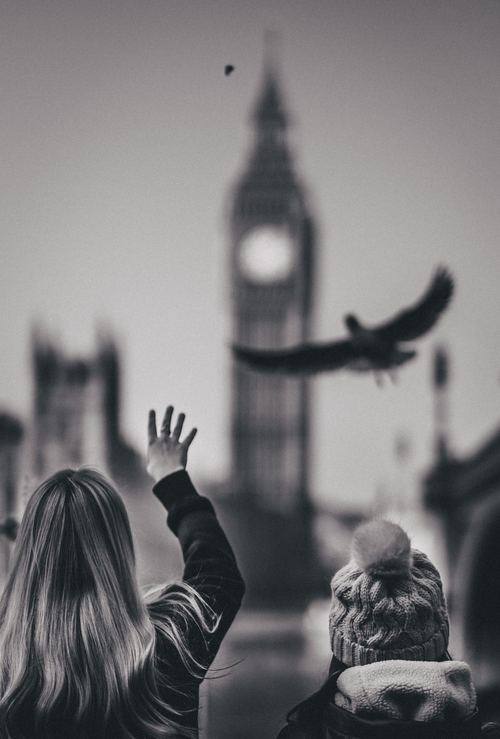 In our current cultural moment, we face acute reminders of the troubling treatment of women’s voices throughout society.

In just the past year, we’ve watched a presidential candidate talk over his female opponent during debates, his body looming menacingly, his grunts overshadowing her voice.

We watched Elizabeth Warren silenced on the Senate floor when she sought to quote a letter written by Coretta Scott King, only to see male Senators, moments later, permitted to share the same content without censure.

Aeon recently published research that shows female Supreme Court justices are interrupted far more than their male counterparts, concluding that “women still do not have an equal opportunity to be heard in the highest court in the land.” And this month, Kamala Harris has been stifled by other Senators during high-profile hearings again and again.

We witness women getting talked over, shut down, drowned out, and it feels far too familiar.

At Proximity, we seek to make space for all silenced and marginalized voices. And while this blog is for weekly conversations around true storytelling in all forms, we sought out micro-essays by women narrating their true stories of feeling silenced. We believe there is a distinct power in writing these moments, in coming together on the page—whether it’s thousands of women tweeting their tales of abuse and assault after the leaked Trump/Bush tape recording or in the wake of the Cosby mistrial or forming a Facebook group filled with uplifting personal narratives and shared support. But making space is only the start. We encourage you to engage in conversation with this post within the comments section, on social media, out in the world.

What follows here are a few flashes, a collective chorus, a small sampling of the strength in stories that will not be silenced. The force is in their brevity—they serve as succinct stabs. Powerfully short threads that, stitched together, build our idiosyncratic experiences into a bellowing cacophony that cannot be ignored.

You owe me. You have to. Let me persuade you. Don’t be dramatic.
(He has a million reasons why no is not the correct answer.)
(He doesn’t relent. He won’t hear me.)
(I feel exhausted. I feel sad. I feel betrayed.)
(I also feel cold and frustrated and scared, in the front seat of his car in my driveway. I try to get out of the car, but
he leans across me and pulls the door shut. He’s so much taller and stronger than me. I can see that he’s
angry. Shouldn’t I be the one who gets to be angry?)

No.
(One more time, near tears. Still, it’s the wrong answer.)

Yes.
(I say it now because I have nothing left.)

For years, I worked as an executive in a high rise in downtown Los Angeles.

My boss was a former Marine, a smart guy who practiced tactics he’d learned in boot camp.

I told myself I could handle it. Then I got pregnant.

One day, I sat down in his office for a staff meeting, my swollen belly impossible to hide.

“After my wife delivered our kid, I told the doctor to stitch her up tighter,” he cackled. He grabbed a floor lamp and spread his legs, shining the bright light on his crotch, writhing and moaning, mimicking a baby’s birth.

“That’ll be you soon,” he taunted me.

My co-workers and I laughed nervously as he let the lamp drop to the floor.

A week later, he yelled at me for refusing to work late. I walked out, slamming the door, tears flowing.

I never went back.

I pay. I pay 90% of the time. I pay with a credit card linked to our joint account where our monthly paychecks are dumped, together, and where we withdraw, together. His money is my money is our money linked to my card, and when the server brings the check, I slip my credit card into the black leather slot. I have a traditionally female name, and I have a traditionally male spouse, so I am never sure why the server returns with my receipt and my card and hands it to my husband, thanks my husband. It is an error which could be corrected any number of ways, such as placing the bill in a neutral location on the table or checking the name on the credit card before giving it back, but 90% of the time I pay. Like I couldn’t pay. Like I shouldn’t.

Silently, I crawled into the coat-closet at eight-years-old. I almost remember.

Imagine: I ate fingernails and insect carcasses, made cave drawings with blood. At daybreak, shadow puppets.

His hands were cold, I was warm.

I used the coats. Tweed became box-spring. Down became mattress. Polar-fleece, my blanket.

It was dark in the parking lot; the pleather of the car-seat was cold. I left my seatbelt buckled.

I slammed the door, slammed my mouth. My hair grew long and covered it.

For a while, it kept me warm. Then, my lips froze and hair matted: a finger trap.

The more I struggled, the tighter it pulled.

Now, I want silence. I still hear him, long dead. Hear me, give me peace.

These days, “boys will be boys” would be no excuse. When I switched to public school in seventh grade, I was totally unprepared for the harassment. The boys would snap my bra, “accidentally” bump into my breasts, nicknamed me “Mount Ever-chest.” I hid behind grunge trends and loose-fitting flannel shirts. I slept in a bra and sports bra, desperately trying to thwart my femininity. I held my tongue because my teachers brushed it off. Boys would be boys. I told my mother to hold her tongue, though her heart broke day after day, because I didn’t want more attention. I pushed my pain down where it grew into pits of insecurity. I had no confidence in my body. I didn’t believe that I deserved better or that any boy would like me for anything other than my looks. Only when I got a breast reduction at 20 did I start to feel secure in my skin.

I wish I could go back and scream at those boys. To stand up for myself. To not be silent. I teach seventh grade now. It’s a different world, but I try to instill confidence in them, all of them. I can’t go back and change what happened to me, but I can teach them to speak up, be confident, laugh at themselves. I teach them for the seventh grade girl who still hurts, so they won’t have to.

How I Lost My Voice.

When doctors asked if my choice came from rape or some attack, I spoke no evil of him: I spoke not of traps, disgrace, or cracking shoulders against walls. I could not describe how I tied my curtain tight about my neck, wanting to withdrawal.

My shame rests in that polite silence. It rests behind my womb, rather than inside. It’s stuck within my kidneys. It twists my lower spine, attaching hips to nerves to lips with itchy plastic twine. Every time I move my legs, it’s cutting through my tongue, preserving the taboo by holding closed my gums.

Samantha B. lives in NY. She is a middle school English teacher in Queens. She hopes her writing inspires others to share their stories.

Trayle Kulshan currently lives in Dubai, United Arab Emirates, where she is on the PTA and researches food sustainability in the desert. She is working on a memoir of 99 99-word prosems.

Kristine Langley Mahler has nonfiction recently published or forthcoming in Chautauqua, Quarter After Eight, the Bitter Southerner, Sweet, and Crab Orchard Review, where her work was awarded the 2016 Rafael Torch Literary Nonfiction Award. She is a nonfiction editor at Pithead Chapel, an assistant editor at Profane Journal, and a graduate student at the University of Nebraska-Omaha.

Emily Minehart is an archivist for a soulless corporation in Chicago. She spends her free time running slowly, searching for the perfect coffee shop, and watching glitchy live streams of NCAA gymnastics meets. She can often be found eating burritos in Logan Square.

​Ma​rguerite A. Quinn currently lives in Salt Lake City, where she writes & serves as a Registered Nurse in Trauma & Neo-natal ICUs. A PTSD survivor, she is currently at work on a collection on personal essays which explore trauma, memory, and the societal stigmas surrounding abuse.

Christina Simon is a mom, animal lover and native of Los Angeles. Her work has been published in Salon, Angeles Flight Literary West, The Huffington Post, xoJane, L.A. Parent Magazine and mom.me. Christina is a volunteer at 826LA, where she helps high school students write their college essays. She holds a B.A. from UC Berkeley and an M.A. in Urban Planning from UCLA.