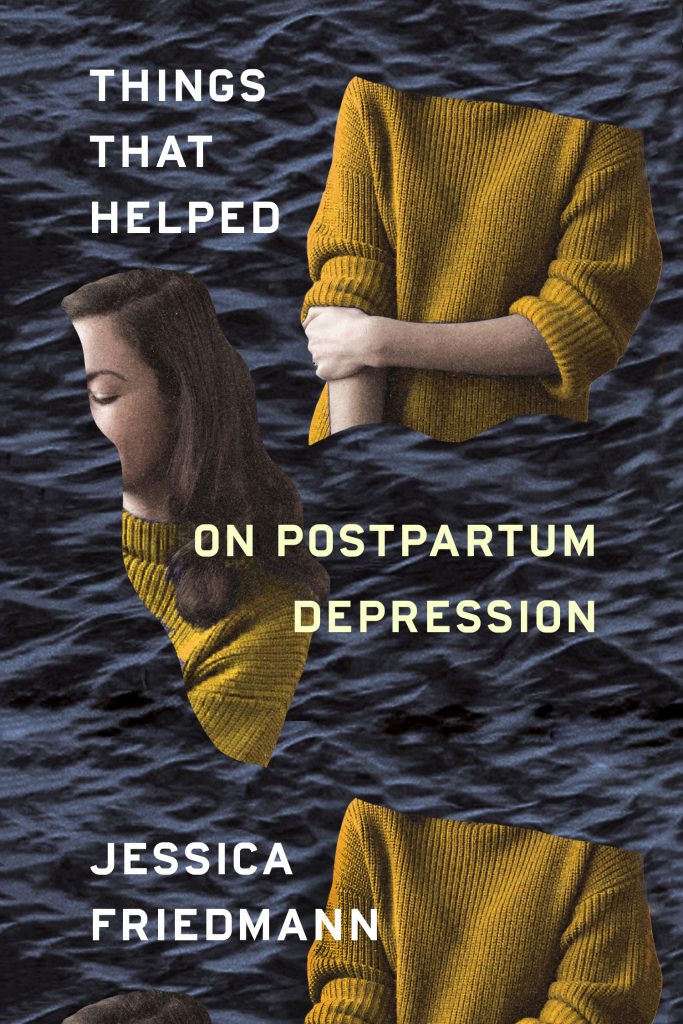 I recently witnessed an online discussion in which a writer was asking for advice on comparable titles for her unpublished book, a memoir of postpartum depression. The participants in this discussion were all readers and writers, and all women, and yet the only title they could come up with was Brooke Shields’s Down Came the Rain (2005). In researching, I found a few other recent books on the subject, but all were guidebooks, not memoirs, and none were released by major publishers. When the online discussion veered into questioning why this hole in publishing exists, a few women noted that a new mother expressing anything but overwhelming happiness about her infant is violating one of the last real taboos in Western culture.

The existence of this taboo is just one aspect of what makes Jessica Friedmann’s first book, Things That Helped, such a necessary and compelling collection of essays. However, most of the book’s power derives from Friedmann’s overwhelming skill as a writer and thinker. Fearlessly, she describes the intrusive impulses, terrors, and hopelessness that wracked her after giving birth to her son, Owen. Patiently, she digs under the lip of civil admiration surrounding women’s and mothers’ roles in culture, and draws out the savagery beneath. Brilliantly, she captures the intricate textures of entrenched depression.

When Owen is asleep, Mike will turn the lights down low for me, and sit next to me on the floor with a whisper of space between us, his steady breath easing the rapid flow of mine. He knows, even if he doesn’t understand, how much the sound of the refrigerator hurts.

Each essay in this collection is titled using nouns or noun forms for the literal “things that helped” with Friedmann’s depression. These include “Virginia’s Scarf,” about the death of her grandmother; “Rings,” about meeting and marrying her husband; “Pho,” about her pregnancy; and the longest essay in the book, “Walking,” which delicately tangles Jewishness with walking journeys, Friedmann’s father, her isolation as a new mother, her education, and her way of thinking and beliefs.

I can feel my mind always picking away at something, unbuilding and reconstructing it. It is the only way I know. Knowledge for me does not mean facts, and a thing is never done and dusted, and constantly questioning is exhausting, but I cannot turn my mind off. I am as tiny as a quark or an atom; if something appears to be solid, I still slip right through it, and it is hard to settle comfortably into ever staying in one place.

In reading Friedmann, one thing is clear: she is an extraordinary thinker, a precise and complex writer, a tireless seeker of le mot juste. Each of her essays takes the form of a braid, or a double helix. Her prose seamlessly moves between two or three primary topics within each essay, drawing disparate concepts close to each other until it seems as if every idea in the world is connected to every other. Tracing these lines of thought can become exhausting; of course, these essays are not to be gulped and forgotten, but savored and considered at length.

Things That Helped does not privilege mind over body, as one might expect. Rather, Friedmann writes incisively about her body and how it interacts with her son’s:

Owen demands my presence, and uses my hands as an extension of his own body; it is what I am there for, to be braced against. To an extent, we engage in a constant pas de deux: our bodies move in response to the other’s needs, and when I lift him, his feet push off the ground; I know the sound of his breath intimately, but it is overwhelmingly an unequal partnership.

The mother-body, often a subject in literary theory but not commonly discussed in wider culture, is vitally at issue in these essays. But Friedmann begins unpacking the meaning of her body much earlier than the point of motherhood. During puberty, “Skin turns to membrane, hair to viscous discharge, and I become newly, dangerously permeable.” The essay fromwhich this sentence comes, “Red Lips,” contains a connecting thread between lipstick, menstruation, and hemorrhage. Friedmann writes about getting her first period, about medical mistakes made during her C-section, about reading Julia Kristeva and Sylvia Plath, and so much more, all in fourteen pages.
The essay ends with a question, which characterizes this collection nicely. In it, the author does not usually conclude, but instead wrestles—with femininity, with motherhood, with wifehood and grief, with depression and privilege and poverty. Watching a keen mind wrestle is one of the pleasures of reading nonfiction, and this book is a prime example.

The grief of other women, of grasses and oceans, are clawing out my belly, begging to be heard.

Friedmann does not shy away from depicting the raw truth of postpartum depression. She narrates whole months lost to lying on the floor, being unable to dress herself, and rich, detailed fantasies of suicide in the river near her home. Despite the horror she narrates, her prose rarely strays from a calm, thoughtful tone. And this is the genius of Things That Helped: it’s bringing light to an aspect of women’s lives that publishing has thus far turned away from, and it’s doing so with such beauty, with such precision and skill, that these struggles can no longer be ignored.

Jessica Friedmann is a writer and editor living in Canberra, Australia, with her husband and small son. A graduate of the University of Melbourne with an honors thesis in creative writing, for which she won an R. G. Wilson Scholarship, her work has appeared in The Rumpus, The Lifted Brow, Smith Journal, Dumbo Feather, ArtsHub, The Age, and other publications. Friedmann’s memoir, Things That Helped: On Postpartum Depression, will be published by FSG Originals on April 10th. For more true stories around the theme ENDANGERED, don’t miss our quarterly issue, out later this month. 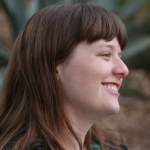 KATHARINE COLDIRON‘s work has appeared in Ms., the Rumpus, Anomaly, the Offing, and elsewhere. She is a regular contributor of reviews and interviews for Proximity‘s TRUE, a weekly space for conversations around telling true stories. Coldiron lives in California and blogs at the Fictator.