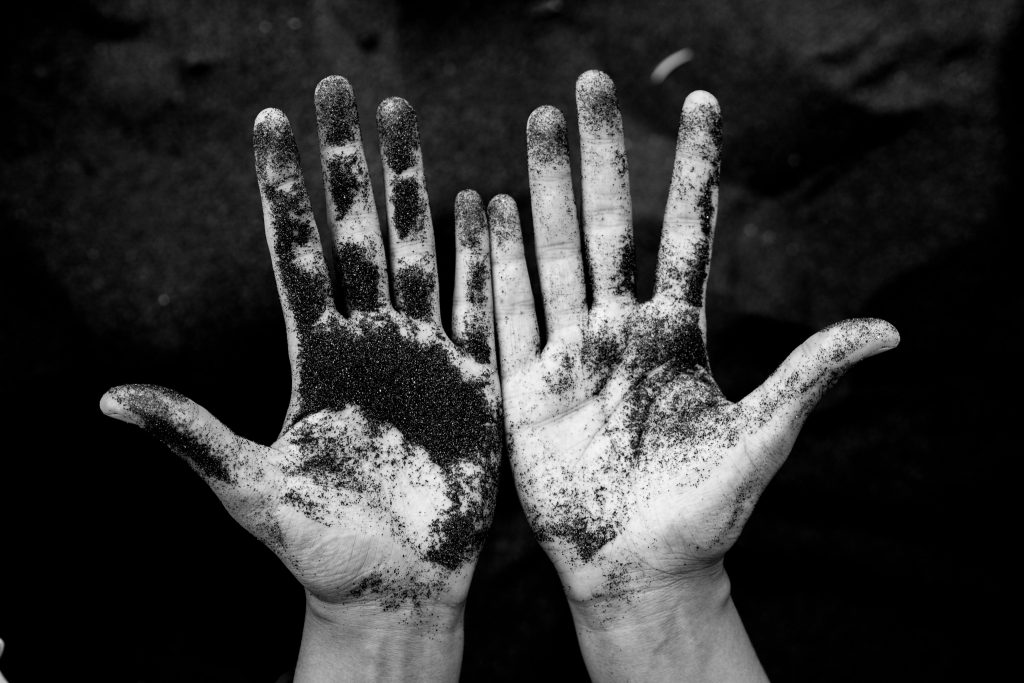 My son is doing that thing with his fingers. He’s done it his whole life whenever something makes him anxious—the top of his pointer finger on each hand jammed into the pad of his middle finger, jammed so hard that both fingers bow out, taut, almost like crossed fingers, only instead of hope, they telegraph worry. I learned this signal when he was small. Now, at 24, his hands are man-sized. His anxiety is less palpable but still evident.

I’ve just told him that I was raped as a young teenager. I never dreamed this painful part of my past would come up, but I’m about to have my first ever essay published and it’s about the sexual assault. My piece is relatively benign. The basics: I let a much older boy lead me into the woods when I was thirteen; what happened was “swift and painful.” That phrase is as graphic as the description gets. It wasn’t until decades later when the term “date rape” came into common usage that I really understood what happened to me. I’m telling my son because I want to avoid the disturbing scenario, entirely possible, where one of his friends sees the piece online and tells him, “Dude, your mom got raped.”

After seeing his glove compartment stash of condoms by accident when he was a teenager, I talked to my son about making absolutely sure he had affirmative consent from potential sex partners. Of course it embarrassed the hell out of him. But I was relentless in making sure he understood.

I’ve always tried to tell my son more than he wants to know because in my own childhood I was constantly ambushed by things my parents didn’t tell me. Or they did tell me, but their communication was so inept that I didn’t really hear it. When I was five, my mother hung up the phone and announced, “Daddy’s not coming home.” He was on one of his frequent business trips, so I simply thought his travel was extended a few days. I didn’t know my parents were getting divorced—my father was literally never coming home again—until several weeks later when, baffled and bewildered, my siblings and I went to visit him at his new house. Three years later, when my mother’s fiancé, David, died, I only found out by accident a month later when my mother mentioned it casually to me one night. My parents tried to spare me pain but it was the not-telling that hurt.

I didn’t tell my parents things either. Beginning with the rape, I kept most things from my mother.

As a teenager, I spent weekends away and nights out without telling her where I was going. I made life-altering mistakes by not letting my parents in on my decisions about college and career. I hid my debilitating social phobias. Instead, I suffered alone and addressed my fears with recreational drugs instead of the therapy they would have guided me to. It was an unfortunate combination of laissez-faire parenting and a frightened wild-child seeking safety in silence.

I’ve since grown into a happy adult. My need to tell is my need to shed the mask I’ve worn my whole life, to show up in the world unapologetically as my truest self. Now, silence feels like a lie.

I went from not telling anyone anything to telling everyone everything. I became a writer. I wrote an essay on my date rape as a young teen. I wrote partly to contribute to the current conversation about date rape from the perspective of an older survivor, but mostly I wrote the essay to end my own shame.

Knowing I will have a reader keeps me honest. It’s tempting to spin a story to make myself look better. But then I catch myself doing this and stop. If I sugar-coat the truth for my reader, I’m only bullshitting myself and what’s the value in that for either one of us? I write to reveal myself to myself. I tell as a path to self-acceptance and forgiveness.

When I have readers, the freedom from releasing my secrets is magnified because, surprisingly, no one is shocked. I learn from ensuing comments and conversations that my shame isn’t special, it’s not about some unique one-off experience that only I have had. This is what telling ultimately gives us—deep understanding that we are not alone.

Still, I ask myself, why did I write about something that could hurt people I love and then make it public? As editor Betsy Lerner wisely advises in her book The Forest for the Trees, “[Y]ou must stop trying to please or protect others with your work or, worse, your silence . . . And if you are a wicked child, you must transform your ambition into something more universal than the particulars of your own circumstance.”

I told my father about the forthcoming essay. I was proud; it was my first published piece. Yet I feared the content might be upsetting to him. (I never told my mother—she died years earlier.) I’ve always wondered if being with that boy in the woods was related to not having a father at home. Regardless, I didn’t want my 87-year-old father to feel bad about what happened to me almost fifty years ago. Of course, he did. “Oh sweetie!” he said. Then, gently, “I’m so sorry that happened to you.”

Telling him led to one of the most intimate conversations he and I have ever had. Not one to share his emotions openly, my father talked about his guilt and sadness about leaving us. While not denying that my parents’ divorce had a profound impact on my entire life, I also told him that I accepted what happened and didn’t blame him and hoped he didn’t blame himself either. I had learned all this through the process of writing.

After I tell my son I had been sexually assaulted, he is silent. I worry that my sharing might have been bad for us, for him. I begin to explain more specifically what my essay is about: “Until the term came into being decades later, I thought what happened to me was my fault for being in the wrong place at the wrong . . .” But my son has heard enough. He stops me. “It’s ok, Mom.” I can see that it really is. His fingers are unfurled. 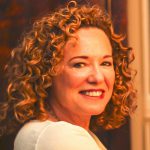