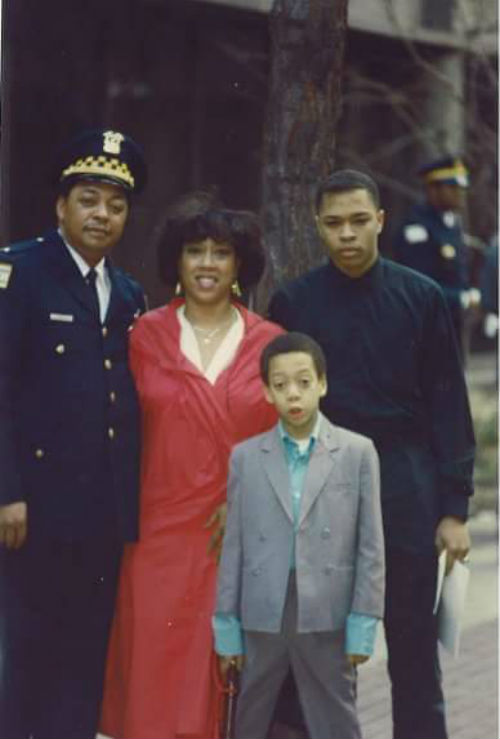 I’m not afraid of hospitals. Never have been. Somehow they are eerily comforting to me. I quickly learned the names of nurses at The University of Chicago Hospital. I discovered it was best not to park in the garage at VA Hospital, where one particular attendee holds guests hostage, sermonizing on the greatness of the Lord for two or three minutes before pressing the button to raise the exit gate. Visitor’s passes were my bookmarks. After eighteen years of seeing my father in various stages of degenerative health, I simply got used to those circumstances.

In 1999 my father was diagnosed with multiple sclerosis. At the hospital, my mother explained his symptoms and relevant history—diabetic smoker (old) with off-the-chart glucose reading and difficulty speaking (new). Just as a hospital staff person rounded the corner to escort him upstairs for testing, Dad looked me in the eyes and collapsed into my brother’s arms. It was Christmas Eve.

Two months before Dad took his final staggered breaths, we celebrated Christmas in the hospital. That was when my wife and I told my parents, brother, and nephew we were having a child. From then on, I would watch my wife’s belly slowly growing and my Dad slowly dying. The baby’s due date is his birthday.

Along with his birthday, my child will inherit Dad’s presence. As I delivered his eulogy to a room full of blurry strangers, I realized how much his legacy matters. The people who filled the funeral home see Dad in me and my brothers’ faces. They spoke to me as if they knew me through him. My child deserves to know how much of Dad resides in me. Among other things, I am an amalgam of my parents—mild temperament, gift of conversation, and an uncanny ability to make anyone family.

Dad had been sick for half my life, but he had fifty plus years before his diagnosis. Thirty plus years of life before me. As he himself began to fade, people brought faded pictures of him to life, telling stories of Dad studying to take the police sergeant’s exam; or when he grabbed his jumper cables to help a man who’d stolen the battery out of my parent’s car. To me, Dad seemed larger-than-life when in his police uniform. I had a certain amount of pride when he picked me up from school in full dress, or how he broke a bottle in his hands trying to twist the top off. I thought he was the strongest man in the world. I haven’t inherited all of his stories, yet, but I’m determined to collect what I can and save them for my child.

Dad’s departure makes me think of my own mortality, naturally. Before, I was only determined to be a parent in-shape enough to engage in any physical activities when the time came. If this kid wants to dance or play sports, I don’t want to simply cheer from the sideline. I want to be able to walk up the stairs of a museum or walk around a zoo without fear of looking into their eyes and collapsing. But now, my mortality is no longer just about health. It’s about impact. What am I doing in life that I can later point to and say, “I was responsible for this and you should know that this, in whatever way you need, is for you, kiddo.” Perhaps it will be a catalogue of writing that my son will choose to read and emulate, or maybe I’ll create an academic program that helps young, poor people of color and my daughter will be inspired and will build upon that curriculum. In the most selfish and selfless way, I want my child to be a part of my life. But if something happens to me, I want to have left something for them where he or she can look and find me.

The best way to accomplish this is to create stories to tell. Build with people who can share who I am and who I was. Because Dad was sick for the lion’s share of my adulthood, what most people have to share is beyond my reach. But to hear about him from strangers helps me rebuild him in my mind, closer to his former, larger-than-life self.

I’ve never been afraid of hospitals. Many people walk through those automatic doors and only see pain and illness and death. It feels contagious to them and they can’t wait to leave, whether they are the ones who are sick or just visiting. But we should, instead, find comfort in the life on the other side of those doors. Diseases are treated in hospitals. Lives are saved. Children are born. Someday soon that child will be my child. And I can’t wait to turn that visitor’s pass into a bookmark.

If you haven’t seen Proximity‘s latest issue, themed INHERITANCE, begin with Shasta Grant’s Letter from the Editor and work your way through a complex collection of true stories. 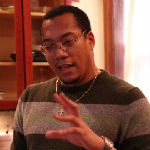